NextHow to be interviewed
rants

Branding. Why you’ve (probably) got it all wrong.

The once hottest term in marketing and advertising is now the most misused. Those who should know better just don’t seem to know what branding is. Are you one of them?

English is a dynamic system of communication. If it wasn’t, we’d still all be talking in something more like Shakespearean, or worse Chaucerian. While modern English has its fair share of grammar police; the fact is, English is ever-evolving, and democratic… its rules have always been set by contemporary usage.

Consider the word irony, which has (at least, had) one specific definition. Through widespread and persistent misuse, irony is now officially (though begrudgingly) defined by both the classical meaning and the modern “misused” meaning. To explain, watch this bit of ’90s standup:

That Ed Byrne piece was a real thigh-slapper when it came out. Alanis Morissette’s examples of what constitutes irony aren’t, in fact, irony. Interestingly––but not ironically––neither are Ed’s counterexamples.

Irony, if you want to know, is defined as the expression of feelings using words that typically mean the exact opposite. For example, you notice your car has a flat tyre and you proclaim: “Oh, Fantastic!” That’s irony.

These days, irony mostly means something happening that is the opposite of what one would expect. A speaker attempts to deliver a lecture on the topic of planning, but runs out of time. (I have seen this very thing happen, by the way.)

When enough people understand a word to have a new meaning, then in the dictionary it goes, and that’s that.

A similar situation exists with the definition of branding. These days when people use the word branding, they are mostly referring to a company’s logo; colour scheme; design elements; etc. They mistake packaging for branding.

Perhaps I should stop being a pedant, and simply concede that branding now means something else… and just move on. However, the big problem for me is that there is no term created to take its place… no term on hand to describe what branding should mean, therefore robbing organisations of a core strategic business principle.

It should be noted that this is not the first time branding has had its definition change. The original meaning of branding was about burning an identifying symbol onto the hide of livestock. And people. (Sad, but true.)

It’s understandable that naïve marketers think branding is about slapping your logo on everything and making sure it’s unique and consistent. However, somewhere in the late 1950s branding came to be about something more than just protecting ownership.

The real definition of branding

Do you know the difference between a noun and a verb? Of course you do. A noun is a thing, and a verb is an action.

So… if you think your company’s branding is something you can point to and declare: “that’s our branding”––therefore, you think branding is a noun––then,  sadly you’re mistaken. As stated, what you’re talking about is actually “packaging”.

Okay, your company’s brand is definitely a noun. But you could never point to it, because a brand can only exist in people’s minds. A brand is the collective emotions that people feel when they think about something (your company, or service, or you).

When they all think and feel roughly the same thing, then (good or bad) that’s a brand. 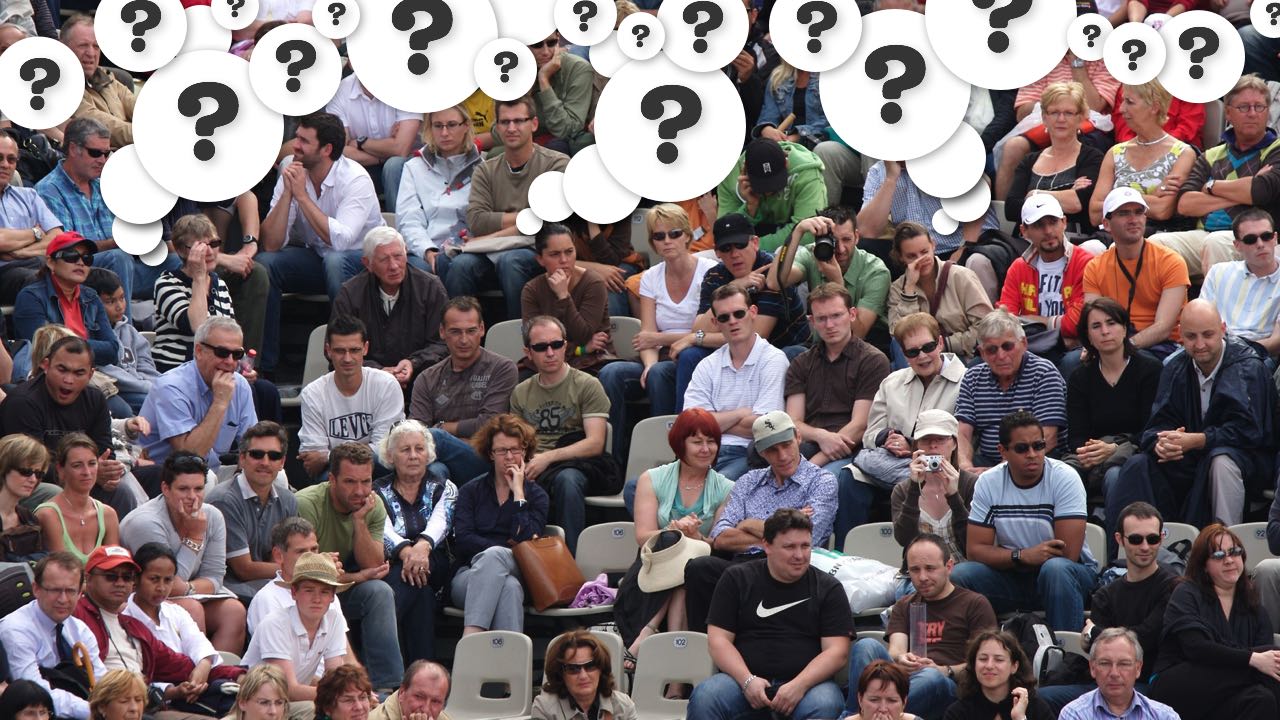 If that brand––whatever that common sense is––has the effect of making your company’s goods or services appear more desirable, then that’s a commercially valuable brand.

Branding is any of the actions you take to develop and shape the brand in the minds of many people. Branding is a verb. It’s something you do.

It needs to be said that some actions are more effective than others; and, that the actions you take may have either a positive, negative, or simply no affect on your brand.

Branding has a bad brand

With so many books on branding out there; with so many brand agencies; and so many brand consultants, you’d think the subject would have been well and truly baked to perfection by now. However, all the numerous brand experts seem to have done is made the topic even more bewildering. This is perhaps, a purposeful strategy to dazzle clients with gibberish and charge exorbitant fees for it.

Whenever marketing fads bloom, you can find any number of cowboys who rush into the field to make a quick buck. And this happened in spades with brands and branding.

By necessity, these hucksters have turned what is an outrageously easy, simple and fundamental business process into a major source of disappointment for companies; typically stemming from the failure of so-called ‘brand campaigns’.

Here’s how it goes down: The ad agency convinces a business to spend a very, very large amount of money on some kind of artistic, touchy-feely series of ads that aim to convince viewers that the product now stands for something new. These ‘re-branding’ efforts, even with a low media spend, are promised to “go viral” and magically change the hearts & minds of the audience, propelling the business into mega-profitability.

And yes, sometimes, to amazing successes:

If branding was as easy as simply making a flashy ad, then every company would be doing it. That, of course, doesn’t stop companies from trying. The reality ends up being brand campaigns costing an absolute fortune and doing absolutely nothing.

(Other than maybe winning the agency an award.)

While not a Pepsi-level flop, it’s still a flop. The aftermath of a failed brand campaign can last for years, if not decades; making it impossible in the future to even mention “the B word.”

At worst you get this response:
“Branding? We tried that. It didn’t work.”

At best:
“Let’s get the basics in place, and we’ll get around to branding later.”

It’s all about decision making

Modern neuroscientists are confirming all the things that ancient contemplatives have known for centuries. One of which is that all human decisions are made unconsciously. The feeling of making a ‘conscious decision’ is merely an illusion; your conscious brain trying to catch up and make sense of something that has happened beyond its control or influence.

A commercially valuable brand kicks into action at the point in time when a customer is ready to make a purchasing decision. Consider a product like jeans, which are fairly identical in terms of specifications. Now imagine you have to make a choice from one of the leading brand of jeans shown here. Which one would you choose; and why? 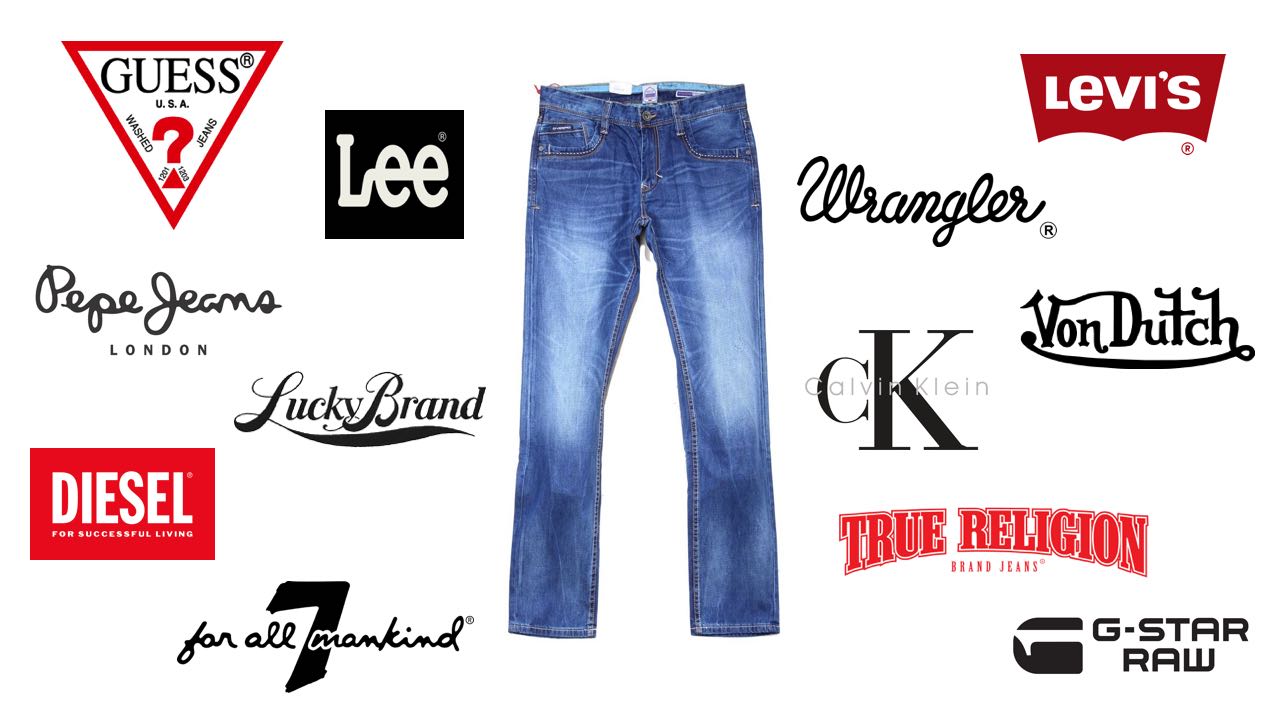 There are products and services that people tend to think about a lot before they purchase, like cars and houses… but even then, the final choice is made unconsciously.
Branding, real branding, is more than just ads.

All the things branding isn’t

All the things that branding is

But don’t take my word for it

By making something as simple as branding so outrageously complicated; and by using it as a ploy to separate companies from their annual marketing budgets; branding has been relegated to the dustbin of management history, alongside other fads like mission statements and six sigma.

However, it would be a great shame to not go through the real process of branding; simply because your company misunderstands it, or had a bad experience with it.

Real branding is about defining who you are; and how you will get your customers to believe that. It’s that simple.

Not only do you not need a consultant; you have to do it yourself. The process needs to be owned by everyone from the CEO down to the receptionist; if it isn’t, it just aint branding. 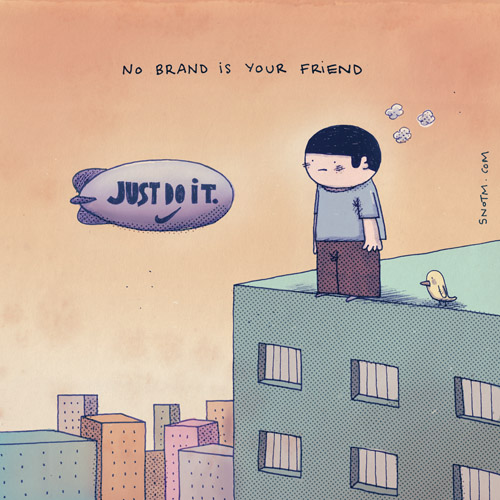